FATHER OF THE LEVEE

Today's system of levees in the Yazoo-Mississippi Delta Levee District was begun in the early days of statehood before the Civil War and has gradually grown in size and shape to meet changing conditions during the intervening years.

The earliest levees along the Mississippi River were generally about three feet above the natural ground, and these levees were built primarily by the river-front landowners.

The state system built between 1858 and 1861 averaged six feet in height, although in crossing certain sloughs and streams, some levees were as much as 20 feet high.

The Upper Delta experienced political and practical problems reorganizing flood control efforts following the Civil War, and it was not until 1884, following the disastrous flood of 1882, that the Yazoo Mississippi Levee District was organized.

Once the initial task of closing the levee breaks was completed, the staff developed a rational method of designing new earthworks in DeSoto, Coahoma, and Tunica counties which came to be regarded as "models" for levee construction contractors in other areas along the river.

The drawings (featured below) show how the design levee was heightened and widened at several key intervals, usually in the wake of calamitous floods that demonstrated the need for design improvements. 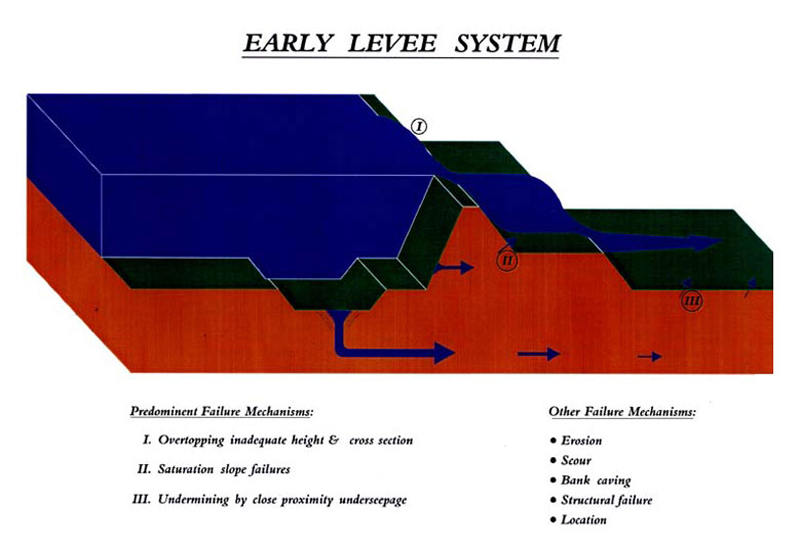 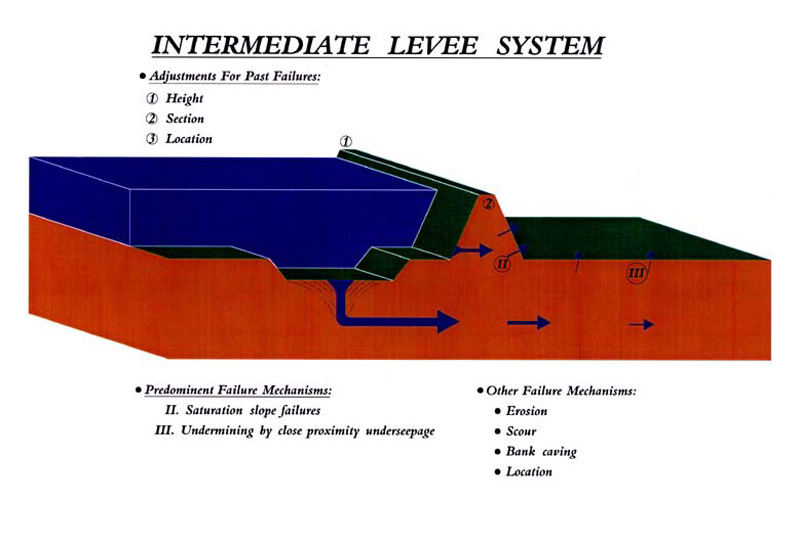 The sketch below illustrates that the present day levee actually consists of a number of carefully controlled features. The central or core feature is the design levee whose height, side slopes, base width, crown width, and construction material are determined by specific engineering criteria. 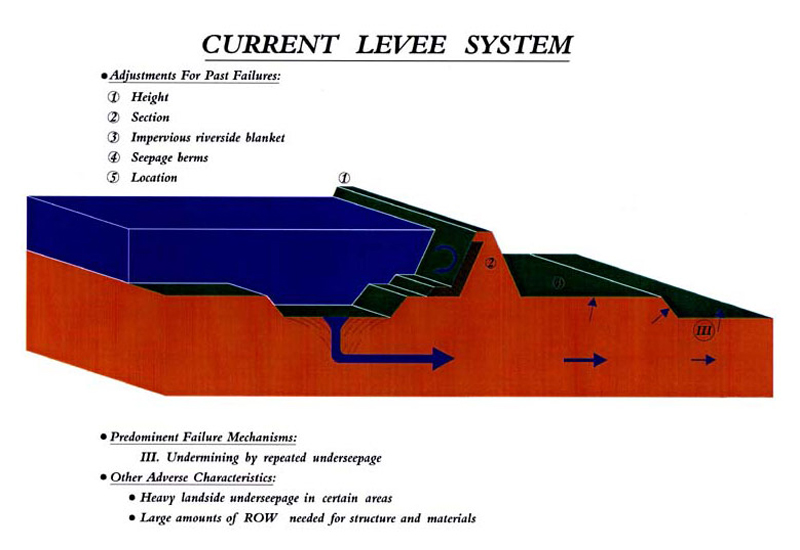 On the landside of the design levee is a roadway addition of about 15 feet in width to provide a 25 foot-wide roadway for maintenance and flood-fighting vehicles. Also on the landside is a wide layer of dirt called a berm to guard against boils and uplift due to under seepage during high flood stages.

On the riverside of the levee is a layer of heavy, impervious clay and a riverside berm to prevent the passage of seepage through the design levee section.

A healthy, well-groomed sod of Bermuda grass is planted and nurtured on the entire levee surface to protect the dirt material of the levee from erosion by wind and rain. In the riverside borrow pits, which provided most of the material for construction of the levee, natural tree growth is encouraged to protect the levee from wave wash during high water stages. The YMD Levee Board employs a forestry crew to ensure the natural growth does not occur on its own. 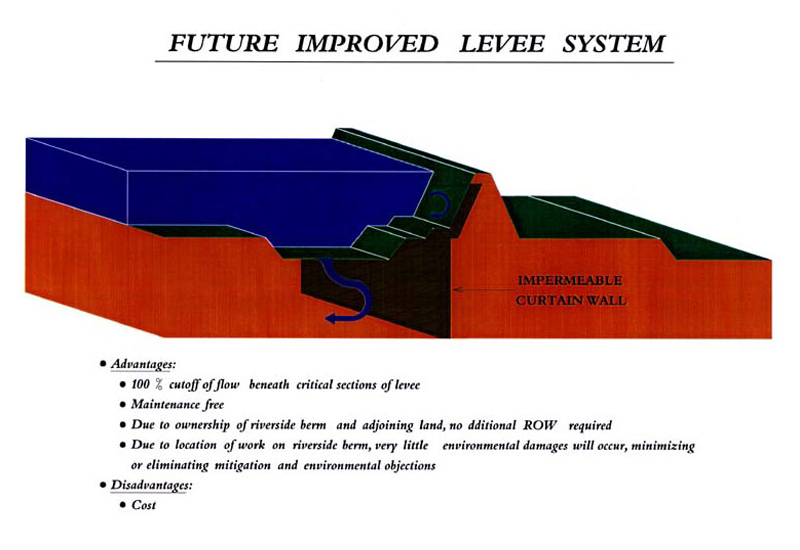